We all deserve compassion. It doesn’t matter if you’re a human, a rabbit, a cow, a fish, or a rat — we all want to enjoy a life of freedom.


SAFE is working to end animal testing in Aotearoa New Zealand so that freedom is possible for all animals, big and small.

Help us end cruel animals tests like the Forced Swim Test and create a kinder, more progressive future for animals

A kinder future for animals

Throughout history, SAFE has worked alongside other animal protection groups in Aotearoa New Zealand to create a kinder future for animals and to end animal testing. Together, we have celebrated some huge victories for animals.

In 2014, SAFE celebrated a ban on animal testing of party pills in Aotearoa New Zealand. This victory came after 60,000 people signed a petition in support of a ban and countless people wrote to government officials urging them to show kindness to animals. The campaign was covered by national media and gained overwhelming support from the public. Together, we changed the law and made sure that animals are protected from party pill testing in Aotearoa New Zealand.

In 2015, we celebrated another victory when New Zealand introduced a ban on animal testing of cosmetics. This victory was part of the international Be Cruelty-Free campaign led by the Humane Society International. Over 90,000 people signed a petition, and cruelty-free cosmetics companies rallied behind the campaign. Together, we made a real difference for animals.

What animals are used and why

We have succeeded in freeing animals used to test party pills and cosmetics in Aotearoa New Zealand, but thousands of animals are still used every year for research, testing and teaching purposes. Cows, sheep, fish, mice and birds are among those most frequently used in experiments. In 2016 alone, over 250,000 animals were used. Many animals are killed after the experiments are over.

What type of research uses animals?

Animals are used for research in areas like medicine, biology, veterinary science, animal husbandry, environmental management, and conservation. Animals are dissected in teaching institutes and used in experiments to test new products and chemicals.

Are there alternatives to animal testing?

There are many compassionate and effective methods of research now available to us. SAFE is working to see all remaining animal testing replaced with kinder, progressive valid research methods.

The majority of animals used for experiments in Aotearoa New Zealand are used in agricultural research. In 2016, over 100,000 cows and more than 47,000 sheep were used for veterinary and biological research, testing and teaching. Some animals are experimented on in an attempt to make them more ‘productive’ for the agricultural industry. Cows used for dairy farming in Aotearoa New Zealand have been bred and experimented on to produce such unnaturally large quantities of milk that their health is it severely threatened. 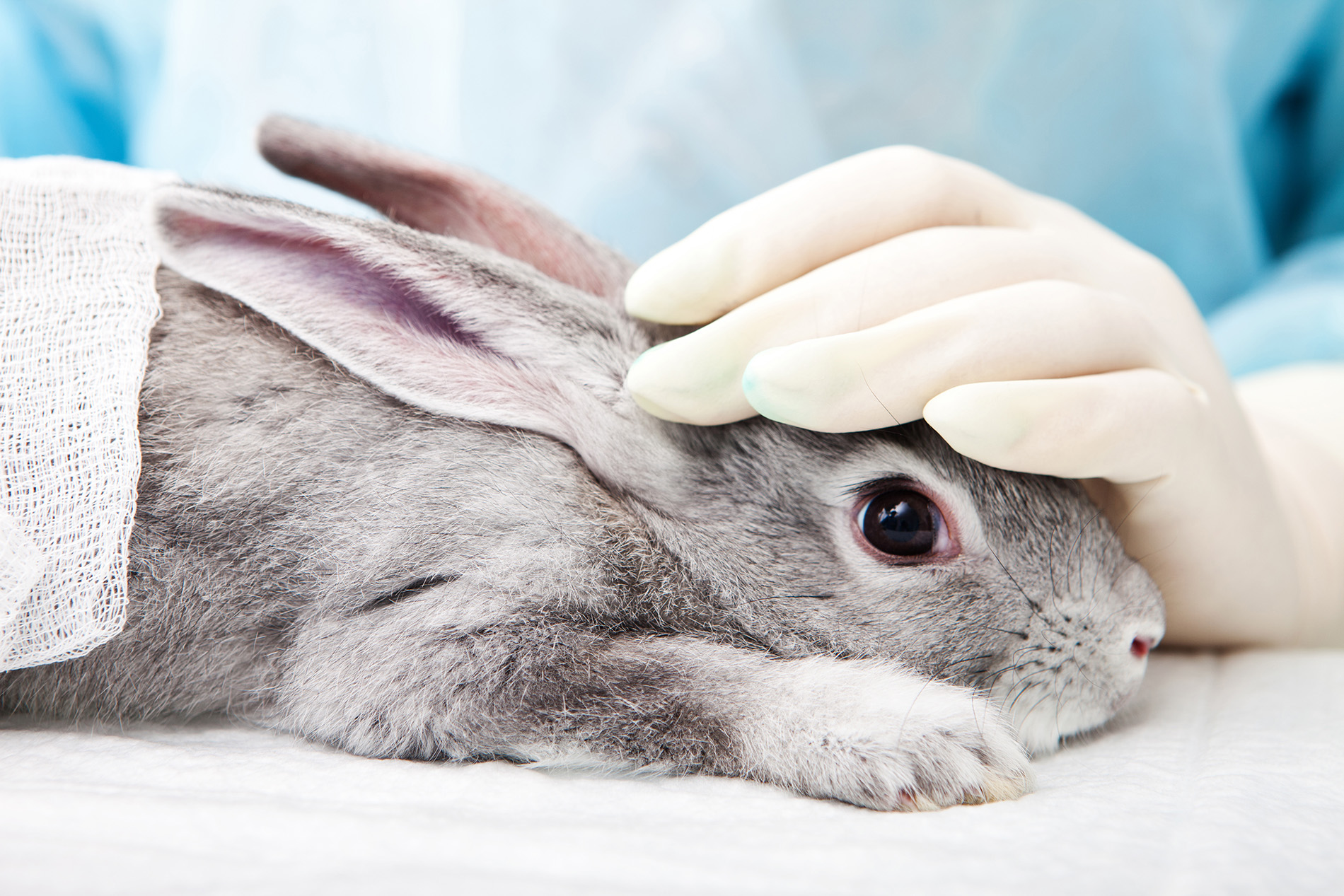 Rabbits, rats, guinea pigs and mice are often used in cosmetics experiments. In the Draize test, rabbits are trapped in full-body restraints, unable to move. Chemicals are then dropped into their eyes, or spread on their shaved skin. Rabbits have no tear ducts so they can’t wash away chemicals from their eyes with tears. The experimenters look for signs of corrosion or irritation, while the rabbits experience extreme pain.

Hundreds of companies have chosen to show kindness and use alternative methods to product testing that don’t involve animals. These companies continue to produce new, innovative and safe cosmetic products without harming animals.

To make sure you’re shopping cruelty-free and supporting companies that care about animals, download the SAFE Shopper app.

There are hundreds of cosmetics and household products available in Aotearoa New Zealand that are cruelty-free. Find them using our SAFE Shopper app – the kinder way to shop.

Better for animals, better for science

Animals like mice, rabbits and cows are not accurate models for predicting how the human body will respond. We are simply different! The genetic, physiological, metabolic and psychological differences between different species mean that animal testing often results in flawed findings. Simply put, we cannot reliably predict how treatments will behave in humans based on animal testing.

Penicillin is a great example. In the development stage, it was tested on rabbits and found to metabolise more quickly in these animals than in humans. This led researchers to believe it would be useless for humans and delayed progress for over a decade. Penicillin was also found to be fatal to guinea pigs. Fortunately, researchers persisted after penicillin showed promise in early human trials and today penicillin is commonly used to treat infections in humans.

Another example is the leukaemia drug Gleevec. This drug is highly effective in humans, but when this drug was first tested on animals it was found to cause liver toxicity in dogs. Fortunately, the manufacturers persisted with the development of this drug after it showed promise in human cell culture tests.

Animal testing often results in findings that aren’t useful or relevant to humans. More than nine out of ten drugs considered successful in animal tests fail in human trials. Valuable resources and time are being wasted due to failed animal research – all while humans and animals are suffering. Human Immunodeficiency Virus (HIV) researchers have for example developed over 90 vaccines that protect non-human animals from HIV infection – but none of these vaccines are effective in humans. HIV research has instead advanced through the use of human research models.

Animal testing hurts humans too. A new medical treatment may be effective when tested on animals, but when the treatment is used in human trials it can have unforeseen and harmful side effects. Sometimes these side effects can even be fatal.

Compassionate research is better for all of us – a kinder future for animals and better treatments for humans go hand-in-hand.

Innovations in science mean that animal tests are being replaced around the world – improving the quality of scientific research. Cell cultures (cells grown in a laboratory) can be used to study biological and disease processes, and drug metabolism. Cell cultures are already routinely used in drug development and chemical safety testing.

Scientists have even created devices called an ‘organ-on-a-chip,’ which can accurately model organs such as the lung, kidney and heart. Donated human tissues can also provide a valuable way to study human biology and disease. For example, reconstituted human tissue can be used to test cosmetics, replacing tests using rabbits.

Computer models of human systems such as the heart, kidney, lungs and skin provide an efficient way to conduct virtual experiments. Many studies can also safely use human volunteers.

Not only are these methods more compassionate, but they can also be more cost-effective and time-efficient than using animals.