Farrowing crates which contain mother pigs on factory farms are in violation of the Animal Welfare Act 1999 and for the first time in NZ history SAFE is going to court to prove this.

Help SAFE and NZALA fight for justice for animals

On June 8 and 9, 2020, SAFE and NZALA (New Zealand Animal Law Association) are going to court to prove that farrowing crates are illegal under the Animal Welfare Act 1999.

We are calling for a complete ban on farrowing crates and mating stalls, which confine mother pigs and do not allow them to express their natural behaviour.

Not only do these horrible crates mean prolonged suffering for sensitive mother pigs, the legislation that allows farmers to continue this cruel practice was put in place unlawfully.

SAFE and NZALA are demanding justice for animals.

Across New Zealand, more than 14,000 mother pigs are confined in narrow cages barely wider than their own bodies.

They can’t take more than a step backwards or forwards, and can’t turn around. Expressing natural behaviours like nest building, foraging, or interacting with their piglets and other pigs are impossible.

Pigs are intelligent, sensitive animals that show obvious signs of distress, their heart rate becomes elevated and they may bite the bars of the crates.

Yet the use of farrowing crates has continued in clear violation of the Act. We want to see proper enforcement of the Act so mother pigs are kept in a way that is safe and legal.

Court proceedings have been filed and a court date has been set – 8 and 9 June 2020.

The continued use of farrowing crates means mother pigs are suffering every day.

We need your help to ensure justice for mother pigs.

Be loud and let’s create positive change for animals!

I want to help SAFE and NZALA challenge the use of cruel farrowing crates in court!

SAFE’s historic court case – How can we uphold our animal welfare laws in the future?

Paris Waterworth is SAFE’s Campaigns Assistant and resident legal expert. She was admitted to the bar in 2019. In this series, Paris will be demystifying legal processes and shedding light on how court proceedings can translate into real-world justice for animals like mother pigs. On 8 June SAFE and the...

Paris Waterworth is SAFE’s Campaigns Assistant and resident legal expert. She was admitted to the bar in 2019. In this series, Paris will be demystifying legal processes and shedding light on how court proceedings can translate into real-world justice for animals like mother pigs. The Animal Welfare Act 1999 is...

SAFE’s historic court case – Who are the key players?

Paris Waterworth is SAFE’s Campaigns Assistant and resident legal expert. She was admitted to the bar in 2019. In this series, Paris will be demystifying legal processes and shedding light on how court proceedings can translate into real-world justice for animals like mother pigs. For the first time in New...

Send your best wishes to SAFE and NZALA’s legal team! 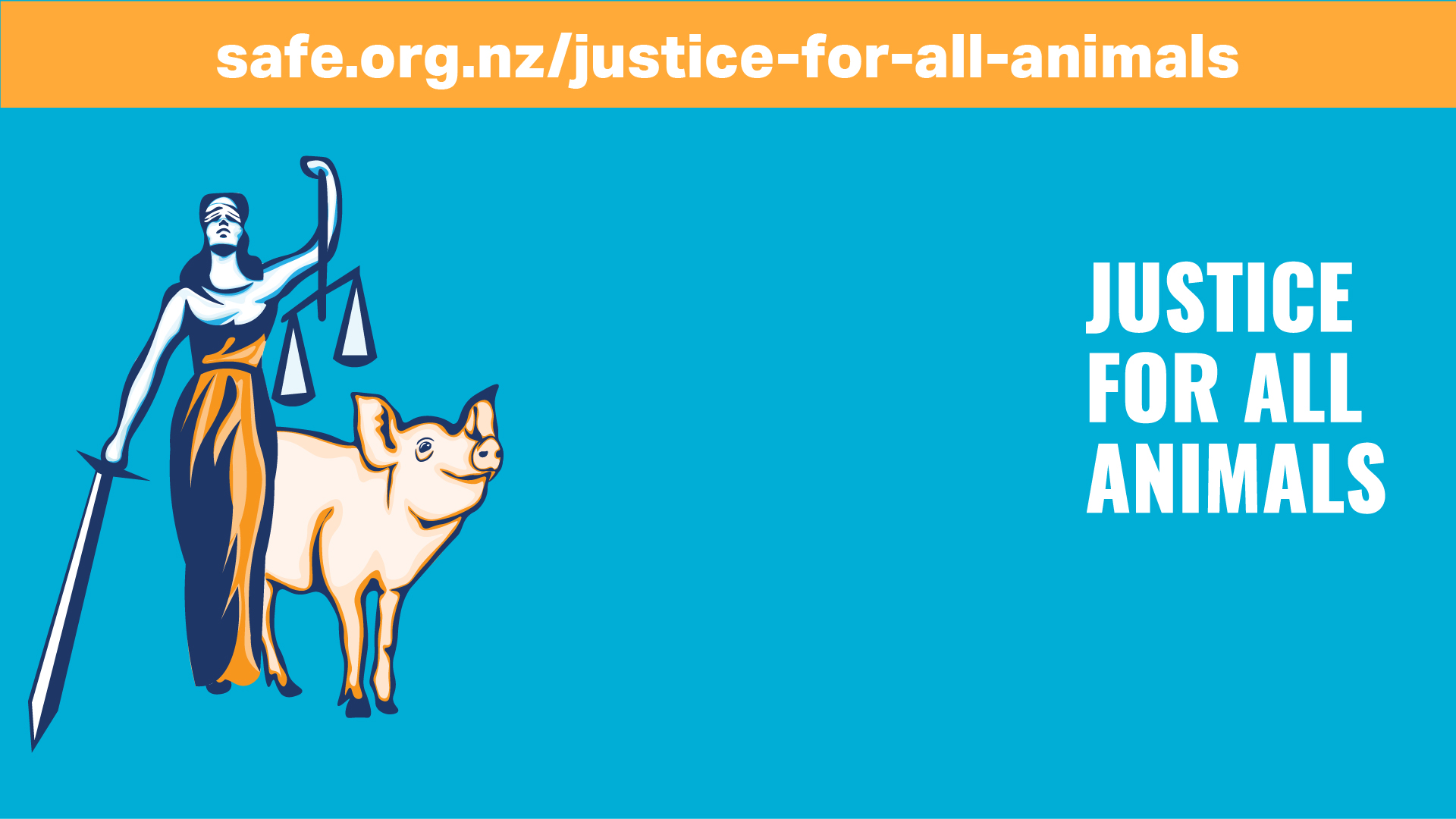 Over the past weeks in lockdown it’s likely you’ve been in Zoom or Skype meetings more than ever before. We have created this fun Zoom/Skype background that you can download to show your colleagues and family that you are backing animals all the way to the High Court. What better way to proudly share the message that we are all working together for justice for mother pigs!