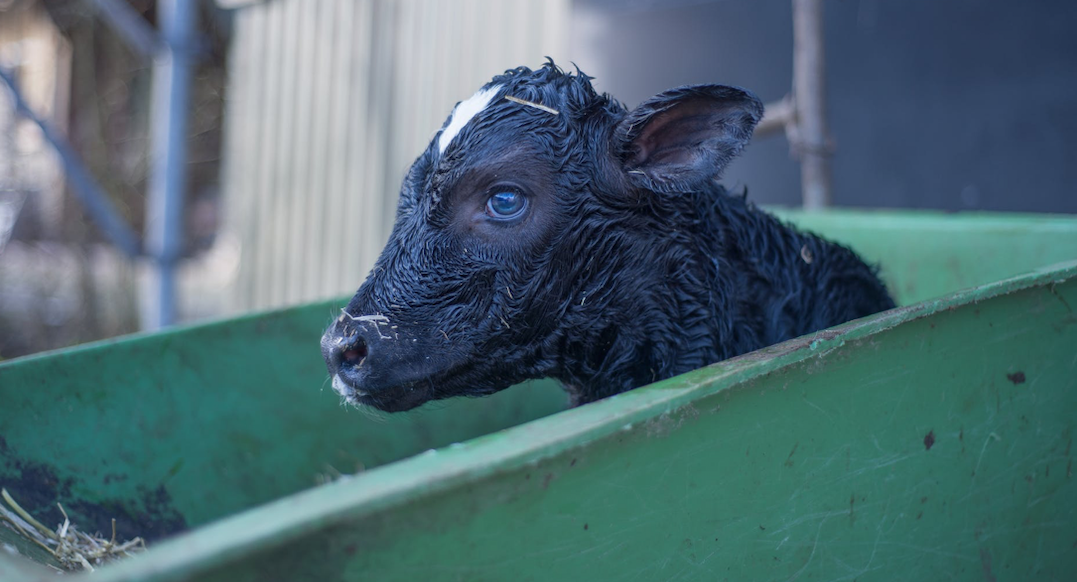 1.8 Million Reasons You Should Give Up Dairy

Bobby calves are one of the more unpalatable truths of the dairy industry. Autumn/winter calving is the busiest time of the year for ‘bobby calf disposal,’ as it is called in the industry.

A bobby calf is a four to 10 day old newborn calf, who is not needed by dairy farmers. He (or she) is born to induce lactation in the mother cow so that she will produce milk. Some of these calves are kept for replacement herd or sold to be raised for meat. Others go on the bobby truck.

Statistics from the Ministry for Primary Industries (MPI) indicate that in the year ended September 2018/19 there were 1,809,684 bobby calves killed. So far in 2020 we are on track for a similar number of bobby calves. Last year, 900,718 bobby calves were killed in August alone.

August has 31 days. But many slaughterhouses are closed on Sundays. Based on this, 33,360 bobby calves met their deaths each day in a New Zealand slaughterhouse from Monday to Saturday in August 2019.

It is hard to get a visual representation of this. But we can do it through a maths equation. It might look something like this:

3 c) During the month of August how many rugby fields of bobby calves are killed each day during a six-day working week? (answer 4.77 fields)

4 d) Based on the above answers, how many rugby fields of bobby calves are killed during the entire month of August? (answer 128.79 fields).

It is not the sort of maths equation you would want your children to be doing at school. They are one of the most vulnerable and defenceless baby animals on the planet. The reality of their brief and brutal lives is largely hidden and invisible.

And yet, schools in New Zealand benefit from bobby calf killing with the AFFCO’s ‘Bobby Calf Cash for Schools’. Farmers are asked to nominate a local school or fire service and for each calf killed the school will receive 40c.

The dairy industry also conditions young people to consume dairy in programmes such as Fonterra Milk for Schools, farm visits and the DairyNZ Schools website.

Famed rugby-player-turned helicopter-pilot Richie McCaw advertised the Fonterra Milk for Schools programme by dropping into a rural school via helicopter to deliver the milk. Schools are a place where children should learn to think critically, examine values positions and be free from business propaganda.

It sounds entirely inappropriate that schools make money out of the suffering of animals. It is also not the place to promote their product.

Of course, the issue of animal suffering is often hidden behind industry-speak of ‘humane slaughter’ and ‘high animal welfare standards’ or ‘bobby calves are a fact of life on dairy farms.’

Actually, they are not. They are facts of death on a grand scale. The slaughterhouse floors are killing floors, and the machinery designed to kill them is designed for the masses. It’s gruesome, assembly line slaughter. There is no way possible that it is humane.

Here are some little-known legal facts about the transport and killing of bobby calves in New Zealand that can be found in the Dairy Cattle Code of Welfare. Many of them breach the Animal Welfare Act 1999.

The Dairy Cattle Code of Welfare is a separate code from the Animal Welfare Act 1999, but it should uphold its principles, especially since it is a legal document. This Dairy Cattle Code of Welfare states that a calf must be killed within 24 hours of last being fed on the farm. In other words, it is legal for a calf to go 24 hours without any milk or water before being killed.

A calf is a neonate – a mammal with a strong desire to suckle. Normally he would suckle from his mother at least eight times in 24 hours. This natural instinct to suckle is frustrated when he needs it most.

This is a total breach of the Animal Welfare Act 1999 that guarantees animals ‘proper and sufficient food.’ The Act also guarantees animals have the ‘opportunity to display normal patterns of behaviour.’ This is routinely flouted with bobby calves, who would instinctually keep close to their mother and suckle regularly.

Bobby calves die alone and frightened. They will die without their mothers. Calves are programmed to stick closely to their mothers’ side for safety and food. The mother cow is the calf’s lifeline. Without her, he will be stressed and anxious.

Another horrific fact of bobby calves is that they are legally allowed to be transported for up to eight hours, before being killed. Calves may find it difficult to balance on the truck floor, which is hard and caked in calf urine and faeces. They may slip and fall over. They may drown in the urine as it puddles on the truck floor – I have heard first-hand accounts of this from bobby calf truck drivers.

Bobby calves die unloved. They are regarded in their final hours as nothing more than a ‘waste product’ that needs to be disposed of. They will not be seen as unique individuals who have a personality. Instead they will join the tens of thousands of bobby calves who end their lives on concrete killing floors every week in New Zealand.

Bobby calves die for nothing. They are mutilated in disrespectful ways when dead. They are skinned, dismembered, and rendered into a product for human use. Those long eyelashes, the soft coat, the delicate body will become a gruesome pile of bits.

You have the choice whether to consume dairy and participate in this travesty. They do not.

Choose compassion and not cruelty.