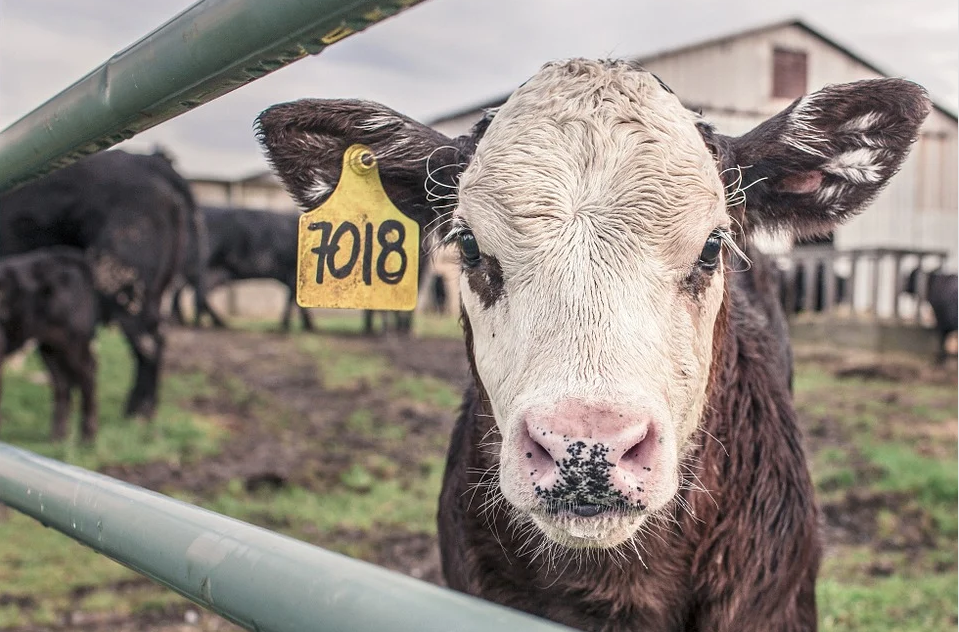 In just over 200 years, New Zealand has gone from being a country with no cows to being the biggest exporter of dairy in the world.  There are more cows in New Zealand than humans. Each one of these animals is a sensitive individual with their own unique experience of life, but the fate of each of them was decided long before they were born.

Like all mammals, at birth a strong bond is formed between mother and baby. Much like a human mother, a cow will tenderly clean her calf, and the calf will have their important first feed, which contains special nutrients and antibodies. Like a human baby, a calf would naturally suckle five to eight times a day for their first few weeks of life, and given a choice, would stay close by their mother for up to two years. However, the special bond between calf and cow is broken by the dairy industry. Calves are taken away from their mothers within just 12 hours of birth.

Calves are taken away so that their mother’s milk – the perfect food for her baby ‒ can instead be served up to humans. If the calf is a female, she is likely to end up having the same fate as her mother — being used as a reproductive machine who will birth many babies until she is ‘spent’. Then, when her weakened, exhausted body can no longer create life, or the volumes of milk deemed acceptable, she will be sent to slaughter.

If the calf is a male, he is likely to be killed. Because he cannot produce babies and their milk, he is considered ‘waste’ by the industry. In the year ended June 2019, over 1.8 million newborn calves were killed by the New Zealand dairy industry, many at the legal minimum age of only four days.

The separation of cow and calf is stressful for both the mother and newborn. Cows may show signs of extreme distress for days, bellowing and searching for their lost calf. Calves may also show signs of distress and altered behaviour. Studies have shown that early weaning can cause depression similar to that caused by pain following hot-iron dehorning.

Several husbandry procedures which cause pain and distress are routinely applied to cattle in the dairy industry, including disbudding and dehorning, ear tagging, castration and tail shortening. These mutilations are often performed without painkillers, mainly to minimise costs.

Most cows in the dairy industry are artificially inseminated – forced to become pregnant – so that they will produce milk. Just like us, a cow is pregnant for nine months, and after the birth, she will again suffer the same agonising separation that she likely went through herself as a calf. Cows are made pregnant repeatedly, with only a short break in between, and their calf usually taken away from them each time.

Cows are typically connected to a milking machine twice a day, which collects a large volume of milk from each cow. Cows in the dairy industry have been selectively bred to produce unnaturally large amounts of milk. They have a much larger udder than a wild cow and now make so much milk that they may at times be unable to eat enough to keep up with the resultant calorie loss. This can result in chronic hunger, a weakened immune system and increased health problems. To illustrate just how much stress a lactating cow is under, animal husbandry researcher Professor John Webster has compared the amount of work a cow does during ‘peak lactation’ to a human jogging for about six hours a day, each and every day.

Rates of some diseases now appear to be increasing in selectively bred cows, including reproductive problems (such as failure to conceive), mastitis (painful udder inflammation), metritis (uterine inflammation) and lameness. Despite the resultant welfare concerns, milk production per cow continues to increase each year, and according to DairyNZ, “farmers are identifying every opportunity to maximise the rate of genetic gain.”

After about five years of repeated pregnancies, of having her baby taken away each time she gives birth, and of enduring the considerable stress of endlessly producing milk, a cow’s milk production declines. She is no longer producing enough milk to be profitable, so she is slaughtered, having lived only a quarter of her normal 20-year lifespan.

Cows are gentle, intelligent animals, who form strong bonds with one another and deserve to be treated with kindness. There is another way. We do not need cow’s milk, and we can meet all of our nutritional needs with plant-based sources. Choose compassion – take the dairy-free challenge: https://safe.org.nz/take-action/dairy-free/