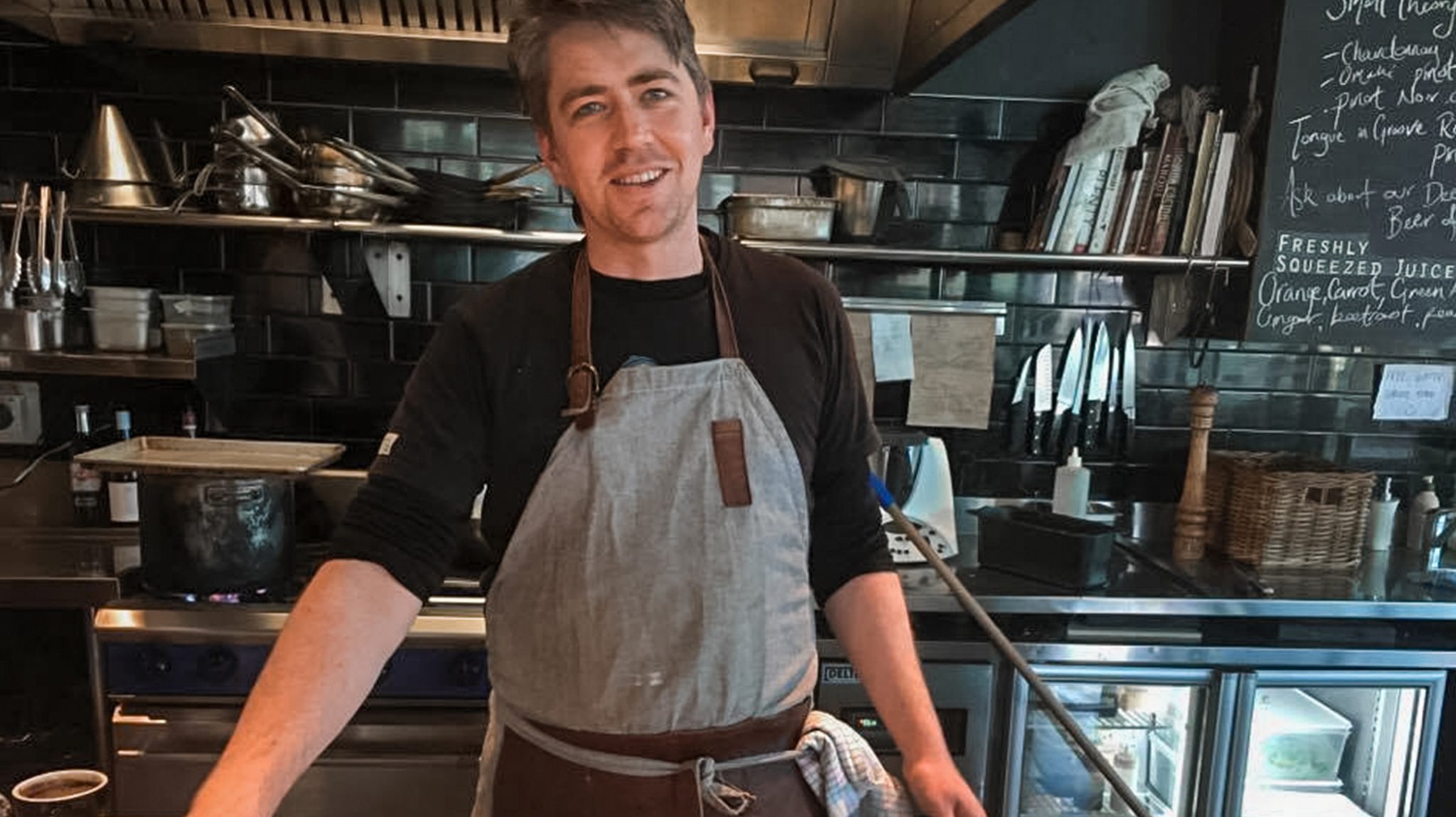 As a young chef slinging steaks on the grill at one of Sydney’s hippest restaurants, Tom Riley never thought about trading the thrill of cooking on the line (and the late nights of partying) for something else.

It was at one of those late-night parties in 2008 that he set his sights on a petite Canadian named Jen (that’s another story…). And, after a short stint in Edinburgh, Tom found he had followed his heart to Toronto, Canada, and was quickly climbing the corporate ladder in one of the city’s biggest restaurant companies, finding himself the youngest head chef in the company, at one of their busiest restaurants.

“It was exciting to be leading a team of young chefs,” Tom remembers. “Some of them were cutting their teeth on the grill, just like I did all those years ago.”

Cooking and eating meat (amongst other animal products) was part and parcel of that life, even though at home he and his now-fiancée decided it would be a vegan space. The biggest change was no more milk and cheese in the fridge.

“I was surprised at how little I missed milk, once my tastebuds got used to plant milks,” Tom remembers.

But a bigger change was afoot, as Tom and Jen were eager to put their big city life behind them and move to Christchurch, Tom’s hometown, which was undergoing a huge transition post-earthquake.

“I wanted to give back to Christchurch. My grandfather was a civil engineer and made a stamp on the city. I wanted to do that in my own way too.”

So, in late 2015, after saying “I do,” the couple packed up their life, including their outrageously beautiful cat Bonnie, and were ready to embark on a new adventure.

Jen had landed her dream job working in animal rights with SAFE, and Tom did what he knew best ‒ he fell into another chef position working at a popular restaurant in town.

When a friend’s dad had a health scare, and like many New Zealanders faced a life of medication to treat his heart disease, Jen found herself answering a lot of questions about vegan diets and health, and Tom about how to cook vegan food – and from there the idea for Green Dinner Table took hold. Tom remembers thinking at the time, “Surely other people want to cook vegan food, whatever their motivations, they just don’t know how to do it well.”

As soon as Tom and Jen’s first child was born in mid-2016, Tom and their friend launched Green Dinner Table. They worked together to build a sustainable business in a fiercely competitive segment of the market. They put together a unique product, a delivered vegan food box, but with easy recipes and all the delicious sauces readymade, so that execution was a cinch.

Tom’s chef experience was a huge plus, and their online reviews reflected their loyal following in Christchurch, and later Wellington. In 2020, another young vegan family joined the team, making the company a 100% vegan venture.

“I got into the food business because it looked like a bit of fun,” says Tom. “And it still is. I love the challenge of making new dishes for our customers. We don’t just want to make it easy for people to eat vegan. It has to be delicious.”

Last month, Green Dinner Table made its first delivery to Auckland, an accomplishment they are tremendously proud of.

“I’ve always had friends and relatives say how lucky I am to be married to a chef. I won’t lie, the food is great,” laughs Jen. “In a way, Green Dinner Table means I can share my husband’s cooking and my passion for veganism ‒an irresistible pairing.”

Head here to check out Green Dinner Table’s upcoming meals and to get your order in!