Over the past thirty years, there haven’t been two people as iconic as Hans and Nichola Kriek in the Aotearoa animal rights movement. Their work has had a massive impact on the country and raised many of the issues that animals face to public awareness. There are countless activists who have dedicated a tremendous amount of time and energy to animal advocacy, and Hans and Nichola will be the first to say that any success was a team effort. But there’s no doubt that their work has been pivotal for animal rights in New Zealand.

Hans and Nichola have recently made the decision to step down from their roles at SAFE to spend some precious time with their chinchilla and three rescue pigs (and likely more animals to come). Today is their last day at the charity, and they have asked for this departure message to be shared with SAFE’s supporters;

After clocking up over 60 years working for animals, Nichola and I will be leaving SAFE and will pass the baton to a younger generation of animal activists. It was not an easy decision to make but we are confident that SAFE will continue to be a strong and effective advocate for animals in New Zealand.

Over the last three decades, SAFE has grown from a small but dedicated group of volunteers to a professional and effective organisation with a staff of over 20 and volunteers around the country. We have been privileged to have been part of this growth and the resulting victories for the animals.

In collaboration with groups like Open Rescue and Farmwatch, SAFE has brought the exploitation of animals into the consciousness of the New Zealand public. People were shocked when they found out about the cruelty of battery hen farming, keeping sows in crates and the callous killing of dairy industry calves. SAFE was at the forefront of these campaigns that saw standard battery cages and sow stalls banned and conditions for calves improved. We also successfully campaigned to stop the testing of party pills and cosmetics on animals and ended animal circuses and keeping dolphins in captivity. As a spokesperson on these issues I received an equal amount of praise and abuse, but what counted was the difference we made for the animals. 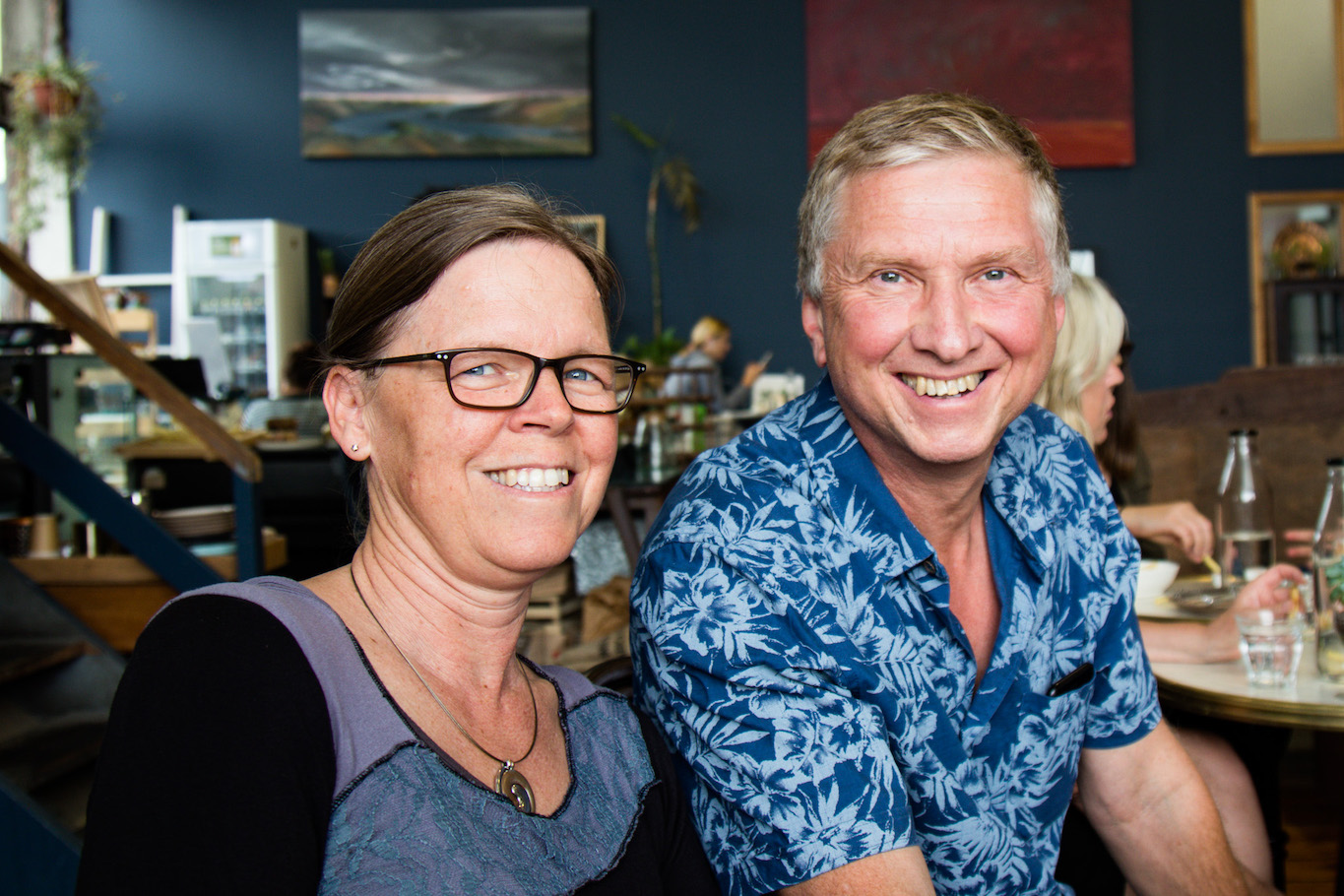 Over the years SAFE also made great strides educating young people. For many years, a lack of resources saw Nichola solely working on developing and writing the impressive textbooks for the Animals & Us series. These comprehensive curriculum-based books full of quality information and lesson plans have inspired countless young people to critically examine how animals are treated in our society. Increased donations from supporters who recognised the value of SAFE’s education initiatives saw the programme grow to four staff enabling the establishment of our Animal Squad which focuses on younger children. Our Eat Kind programme, promoting a plant-based vegan lifestyle also became a successful component of the education program.

Nichola and I have been honoured to be at the forefront of many of SAFE’s positive and exciting campaigns and activities. Over the years, we have met many of the key figures of the international animal movement, from Lyn White and Glenys Oogjes from Animals Australia to scientist Jane Goodall but our fondest memories are meeting many of SAFE’s key supporters. We are humbled by the trust you have shown in us. Your financial support has been crucial in the growth of SAFE and we can only hope that we made you proud.

Thank you for standing by us over all these years and we hope that you will join us in supporting SAFE over the years to come. While we have achieved significant victories, there is still a long way to go and SAFE will need your ongoing support to help the animals.

From Nichola and me, thank you for all that you do for the animals.

As a small token of our appreciation, we have presented Hans and Nichola with a plaque to attach to their new outdoor bench, which we had delivered to their property today. 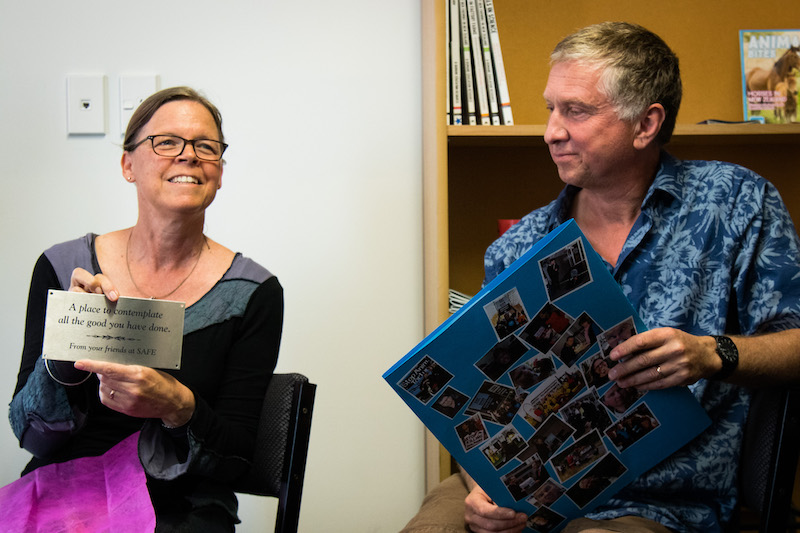 Farewell Hans and Nichola. Your legacy will continue on in SAFE’s work. We are very happy for you to be able to take some well earned time off. Enjoy it.