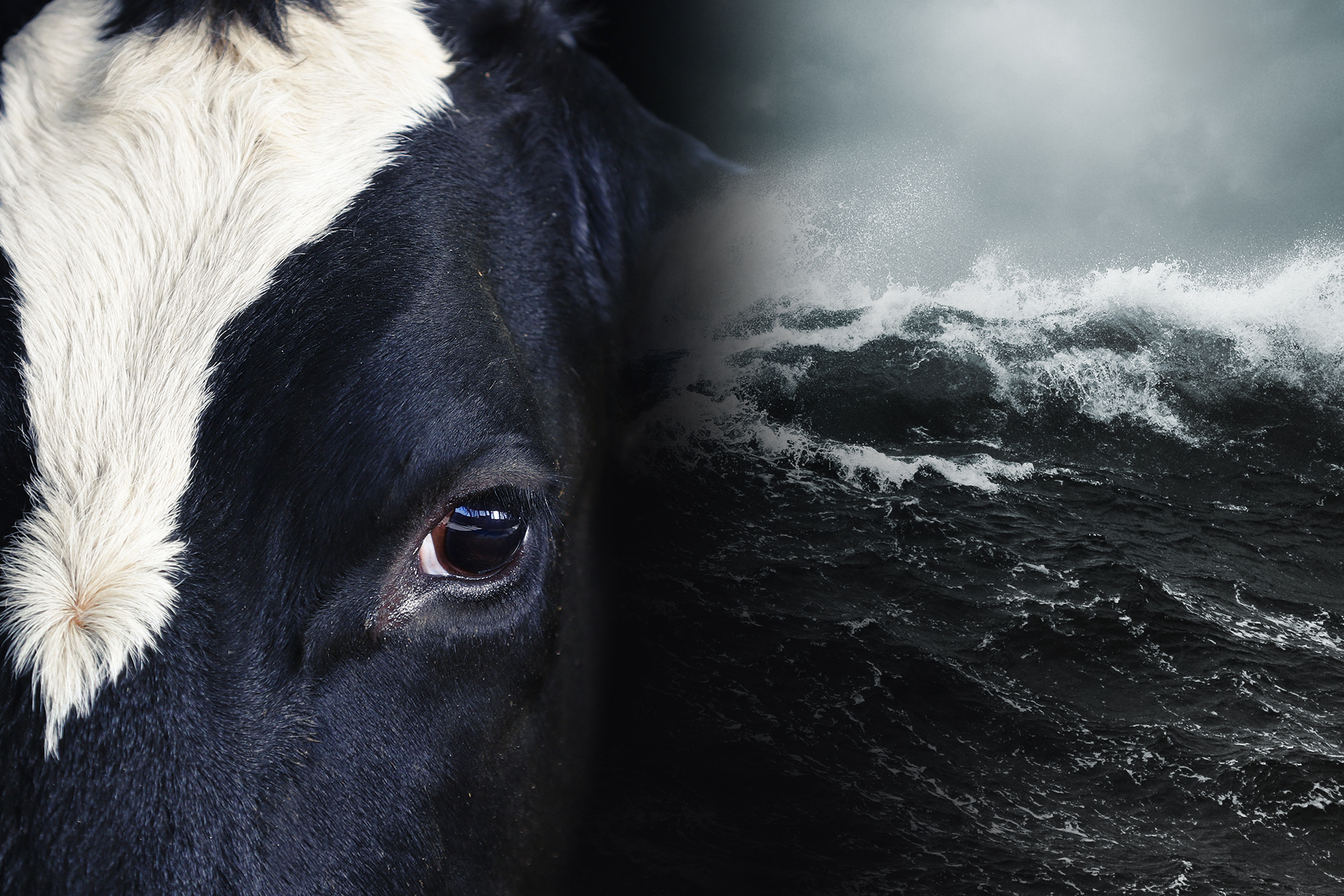 Live export by sea – the journey to a ban

On 14 April 2021, the New Zealand Government announced a ban on live cattle export by sea, with a two-year ‘wind down’ period. It took more than a decade of perseverance to get us here. We couldn’t have got to this point without the tremendous support of caring people like you.

In 2003, Saudi Arabia rejected a shipment of over 57,000 New Zealand and Australian sheep on board the MV Cormo Express on alleged disease grounds. After two months at sea and unable to find port, around 6,000 sheep died on board.

This loss of life shocked New Zealand and the world and led the government of the day to suspend the live export of sheep for slaughter. In 2007, this ban was extended to all livestock (defined by the Ministry for Primary Industries (MPI) as including cattle, sheep, deer and goats). Legally speaking, this ‘ban’ was a conditional prohibition on the live export of these animals for slaughter. This means that these animals can’t be exported for slaughter without the prior approval of MPI. There haven’t been any livestock exports for slaughter since 2008. However, New Zealand has continued to export livestock for breeding.

SAFE has campaigned steadfastly for years against this trade, arguing that animals suffer greatly during the voyage and in their destination country. 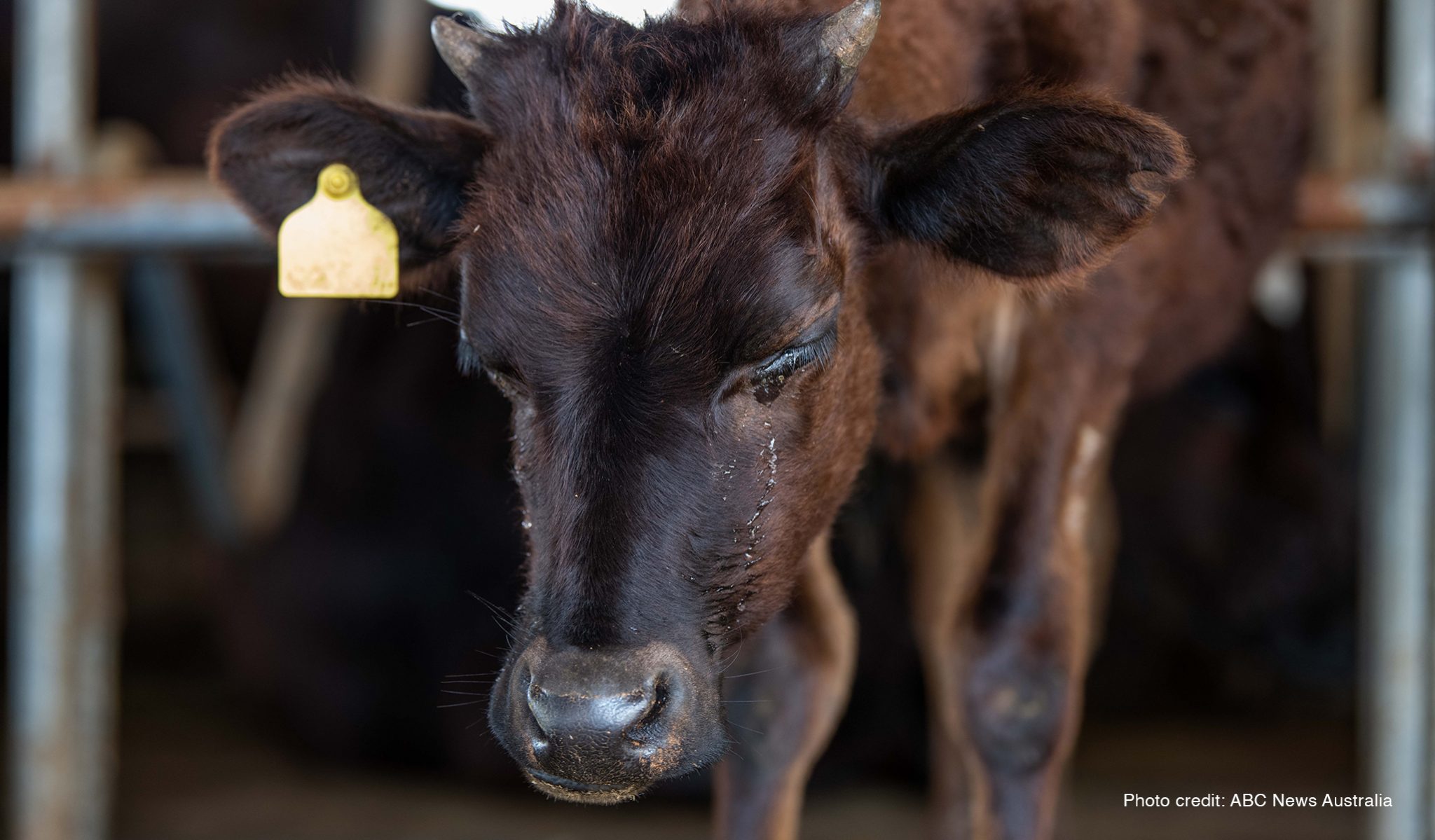 In response, SAFE launched a petition to end live export. Thanks to the tireless efforts of our volunteers and staff, we collected over 30,000 signatures. We presented our petition to Parliament in August 2019 – on the 16th anniversary of the Cormo Express disaster.

In June 2019, the Government announced a review of the live export trade. The review considered a range of options – from improving existing systems to a complete ban. MPI received over 3,500 submissions, many of which were from SAFE supporters. This review was ongoing for more than one year.

But while we waited, we were not silent.

On 12 April 2020, SAFE and the Taranaki Animal Rights Group launched a petition to stop live export from Taranaki. This petition gained around 12,000 signatures and was presented to the Taranaki Regional Council on 3 November 2020.

On 2 September 2020, the Gulf Livestock 1 capsized and sank off the coast of Japan on the way to China. The 5,867 New Zealand cows onboard died at sea. Forty one of the 43 crew members, including two New Zealanders, also lost their lives.

Following the Gulf Livestock 1 disaster, MPI announced it would temporarily suspend live export by sea and launched another review into the welfare of animals during sea voyages (the ‘Heron Review’). Upon completion of the Heron Review in October 2020, live export resumed with some new regulations which, for example, decreased the allowable stocking density on board ships and increased the amount of food that must be carried on ships. SAFE criticised these changes as merely “tinkering around the edges” of a trade that was inherently risky and inhumane.

Moving in and out of COVID alert levels but unwilling to stay silent, SAFE held our first-ever virtual protest against live export on 16 September 2020. Over a thousand people participated in the protest in New Zealand and around the globe.

Over the next few months, SAFE continued to work behind the scenes and supported volunteers in Napier (Hawkes Bay Against Live Export), Taranaki (Taranaki Animal Rights Group) and Timaru (Ban Live Export New Zealand) to undertake sustained protests and vigils whenever live export ships were in port. Our local volunteers have played a huge role in increasing the visibility of this issue around New Zealand and making it clear that they don’t want their ports to be used to facilitate live export.

Meanwhile, over 8,000 people emailed their local councils through SAFE’s website, urging them to stop using their ports for live export. 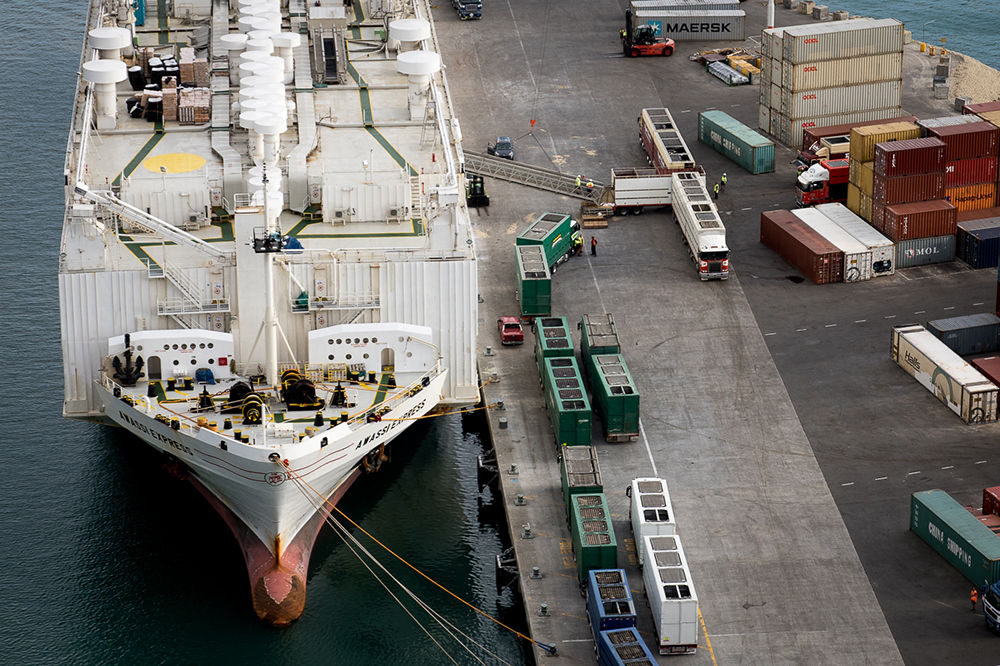 A ban on live export by sea is announced

On 4 March 2021, Agriculture Minister Hon Damien O’Connor announced that MPI had provided its final advice to him and that a paper was with Cabinet for consultation.

On 14 April 2021, Hon Damien O’Connor announced a ban on live export by sea following a two-year ‘wind down’ period.

Days after the announcement, TVNZ’s Sunday programme revealed widespread suffering onboard the Yangtze Harmony, which left New Plymouth for China on 19 August 2020 with almost 6,000 cows. Forty nine of the cows died during the voyage and a further nineteen were killed soon after arrival.

More work to be done

SAFE applauds the Government for banning live export by sea. However, the ban won’t come soon enough. We have grave concerns for the tens of thousands of cows who will be exported during the two-year ‘wind down’ period.

SAFE is incredibly proud of how far we’ve come and how the efforts of our staff and volunteers paid off with this massive step forward for animals. With the help of our amazing supporters in New Zealand and abroad, SAFE will continue campaigning for an immediate and complete ban on all live export.