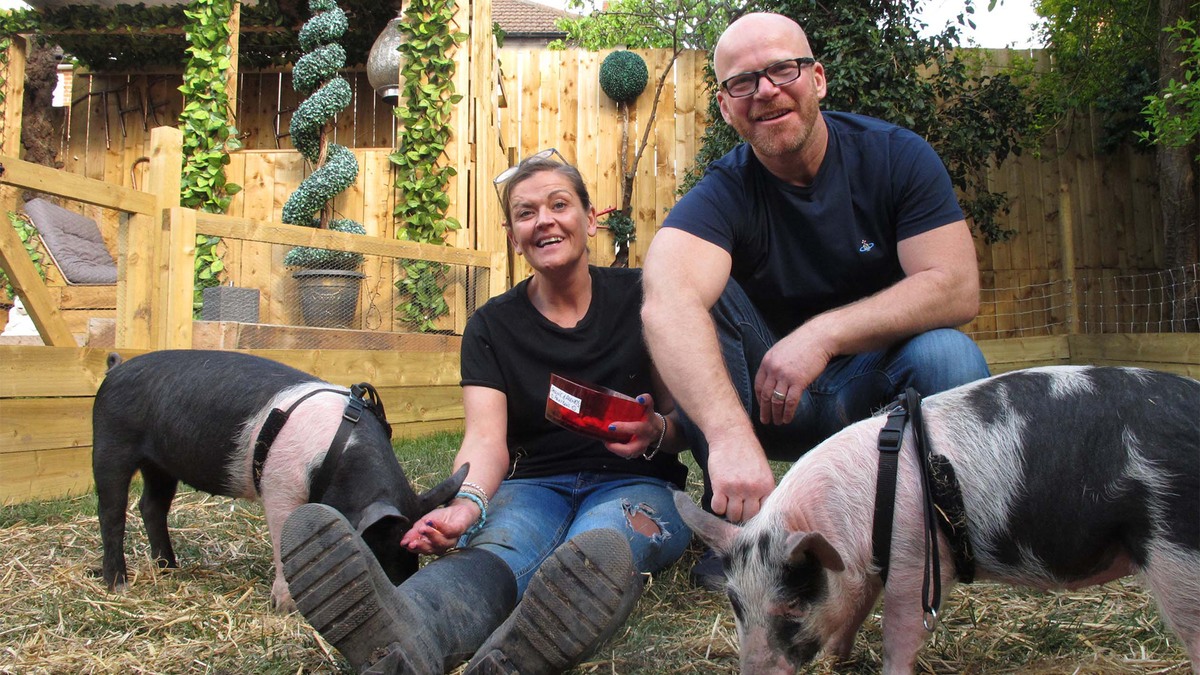 Meat the next family – Reality TV continues to disappoint

Last week on TVNZ’s Meat the Family, we watched in horror as a UK family of four cared for chickens as pets for three weeks before they were forced to make a tough decision – commit to vegetarianism to save the chickens’ lives or send them to the slaughterhouse and carry on eating meat. Our hearts sank as the family made the disappointing decision to have the chickens killed and returned to them neatly packaged to be prepared for dinner.

Surely this week’s episode would have a better outcome ‒ after all, who could send adorable, playful pink piglets off to the slaughterhouse? Surely this family would be different? Sadly not.

While initially, the family members seemed to be bonding with the adorable piglet sisters, named Pauline and Reenie, a trial vegetarian BBQ failed miserably to excite the family. The kids didn’t like the food, deeming it ‘rank’ and dad John didn’t feel ‘manly’ cooking it, so it was off to the slaughterhouse for poor Pauline and Reenie, who were later returned to the family as sausages.

It’s hard to comprehend how someone could live with, care for and bond with these beautiful animals, learn about the horrors of the meat industry and STILL choose to have them killed. Could they not have persevered with vegetarian food for a little longer? Perhaps they could have tried some different brands of veggie sausages and burgers, or a few popular recipes before throwing vegetarianism in the too hard basket? No. This family’s need to eat meat simply overrode the bond they had struck up with the adorable piglet duo.

Our hearts went out to the eldest son in particular, as he cried for the piglets, and we were left wondering how much choice he or his brother actually had in the final decision. Was dad John worried that his sons would grow up to be less manly for expressing empathy for animals?

We all know kids are fussy eaters and will make up their mind about new foods before they have even tried them. So, it’s hardly surprising that the kids didn’t like the new food (or rather, decided in advance they wouldn’t like it). But was the final decision really made as a family? Or were the parents simply too set in their eating habits to embrace something new?

And, is it the family we should be pointing the finger at for failing at the first hurdle, or the producers of the programme for failing to give these families the necessary tools to embrace a vegetarian diet? After all, very few people go vegetarian or vegan overnight.

If we want to create a world where animals no longer suffer for food, clothing and entertainment, we need to educate, encourage and support people, but most importantly, nurture rather than stamp out the compassion children are naturally born with.

Do you want to nurture the compassion in the young people in your life? SAFE Animal Squad is a free group for animal lovers between eight and 14. Members learn fun facts about animals, receive newsletters and take part in fun animal-themed competitions with great prizes.

Want to know more about SAFE’s free teaching resources for secondary schools? Animals and Us encourages critical thinking and compassion, and advances knowledge of animal issues.