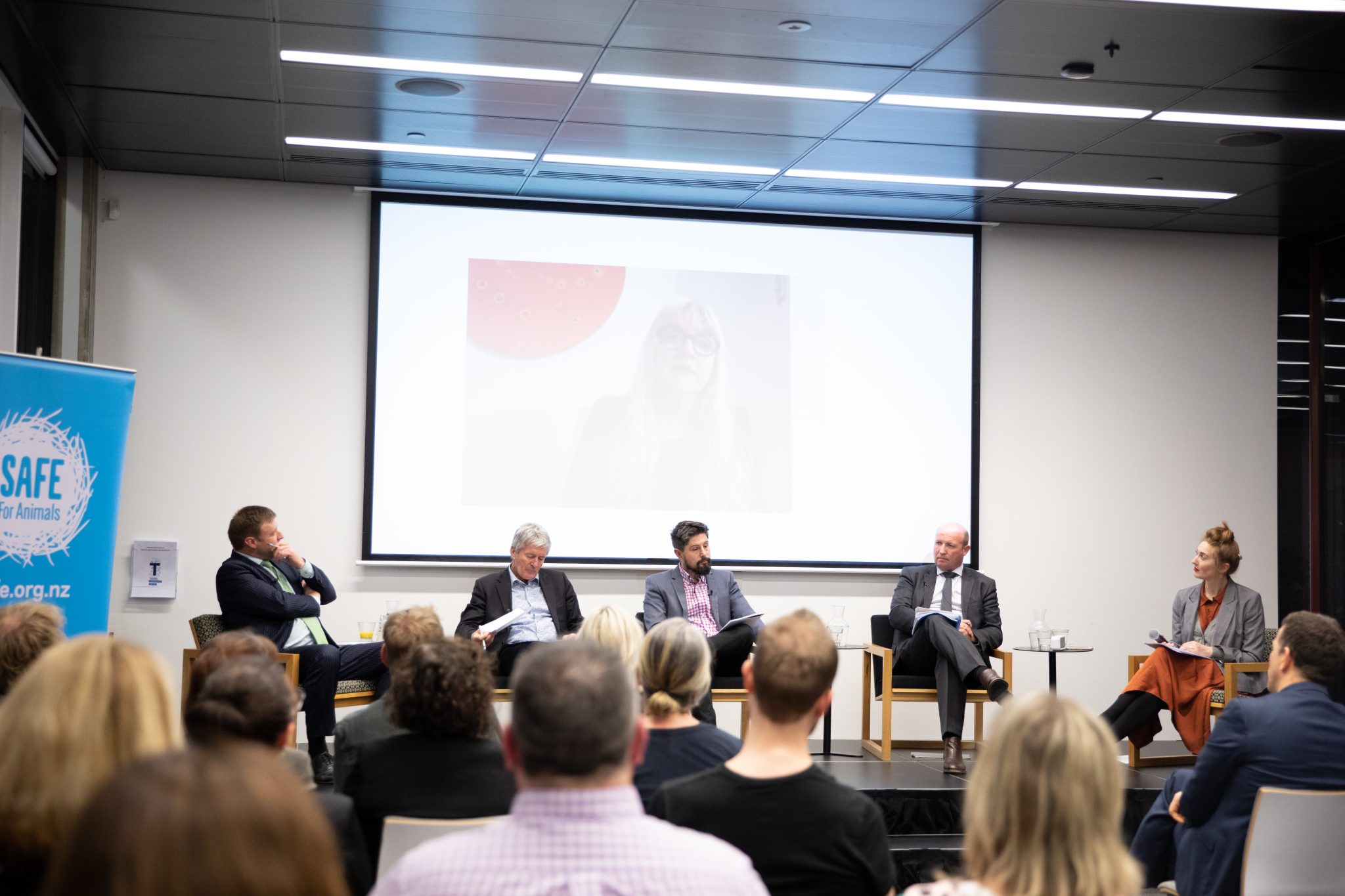 Last night’s Political Panel for Animals far exceeded my expectations. After seeing it, I am more optimistic than ever that we will get a win on colony cages ‒ if we keep pushing.

It wasn’t the politicians that had me so excited. It was the little things.

When it comes to animals, politicians aren’t the ones driving change. People power drives the change.

So when I watched the political panel, I wasn’t looking for a politician to step up and say that they wanted to fight to get chickens out of cages. I was looking for opportunities and signals.

And when it came to signals, every politician there knew that the writing is on the wall for colony cages. We can win this one ‒ if we keep moving.

The minister in charge, Agriculture Minister Damien O’Connor, said that no intelligent farmer would be investing in colony cages.

New Zealand First’s Mark Patterson wasn’t afraid to stand by his love of rodeo, but even he stated that he wants to tackle colony cages.

National’s David Bennett is new to the job and still finding his feet, but we are making sure colony cages are on his radar.

And Gareth Hughes for the Greens was willing to say that his party is going to be fighting against all factory farming practices, including colony cages. He is even launching a policy this weekend to solidify his claim.

So what I’m hearing from the politicians is that they’re not going to ban cages just yet, but they know that eventually public pressure will force them to.

That’s where you come in. We will keep this issue front of mind, but we can’t do it without people power — We need you.

So, what can you do right now? Contact your local MP and ask them what they are doing to free hens from cages. That will help get the discussion going inside their parties. We’ll also be asking you to help us keep the pressure on in other ways throughout the campaign.

Find out more about the ways you can speak out for hens and sign up to make sure you don’t miss an action.

This election, we’ll put the chicken before the egg.

Shanti Ahluwalia is a Campaign Manager at SAFE.