Why I stopped eating fish

I’ve always had an affinity with animals. I must have been around eight years old when my primary school teacher showed the entire school a video of what happens to animals after they leave the farm. That brave teacher got into a lot of trouble for showing us that video, but I’m grateful that she did.

I remember being shocked and horrified by the sight of chickens shackled upside down by their feet to a conveyer belt that would lead them to their death. When I got home from school that day, I took all of that emotion out on my mum and blamed her for ‘tricking’ me into eating animals. Poor mum. She was only doing her best, and as a ‘meat and two veg’ kind of a family, she was completely stumped as to what to feed me if I wouldn’t eat meat.

But feed me she did! And so, I held my nose and swallowed my nut loaf like a good girl, until I eventually learned to like it. Not eating meat felt like a no-brainer, but strangely, without even thinking about it, I continued to eat fish for many years. That was until I had an experience that would change the way I looked at fishes forever.

I was in my early twenties, backpacking around Australia, and had settled in Cairns to earn a little cash. I found a job handing out leaflets to people coming off diving boats returning from the Great Barrier Reef. The leaflets were advertising an all-you-can-eat seafood buffet restaurant. As I handed out the leaflets I was met with remarks such as, “Oooh, I love seafood!” and something began to dance around my conscience. These people had just swum and interacted with the very species who tonight, would become their dinner.

As the days passed, seeing so many people come back from the reef on such a high, I decided that I needed to experience diving for myself, so I made the booking.

I remember panicking as I fell backwards off the boat into the water, completely overthinking the whole breathing underwater thing. That was until I saw them ­­– the most beautiful, colourful shoal of little yellow fishes. In perfect synchronised harmony, they danced and darted, quickly changing direction, before disappearing behind the coral. I was so utterly mesmerised by their beauty that I completely forgot about my fear of breathing underwater. 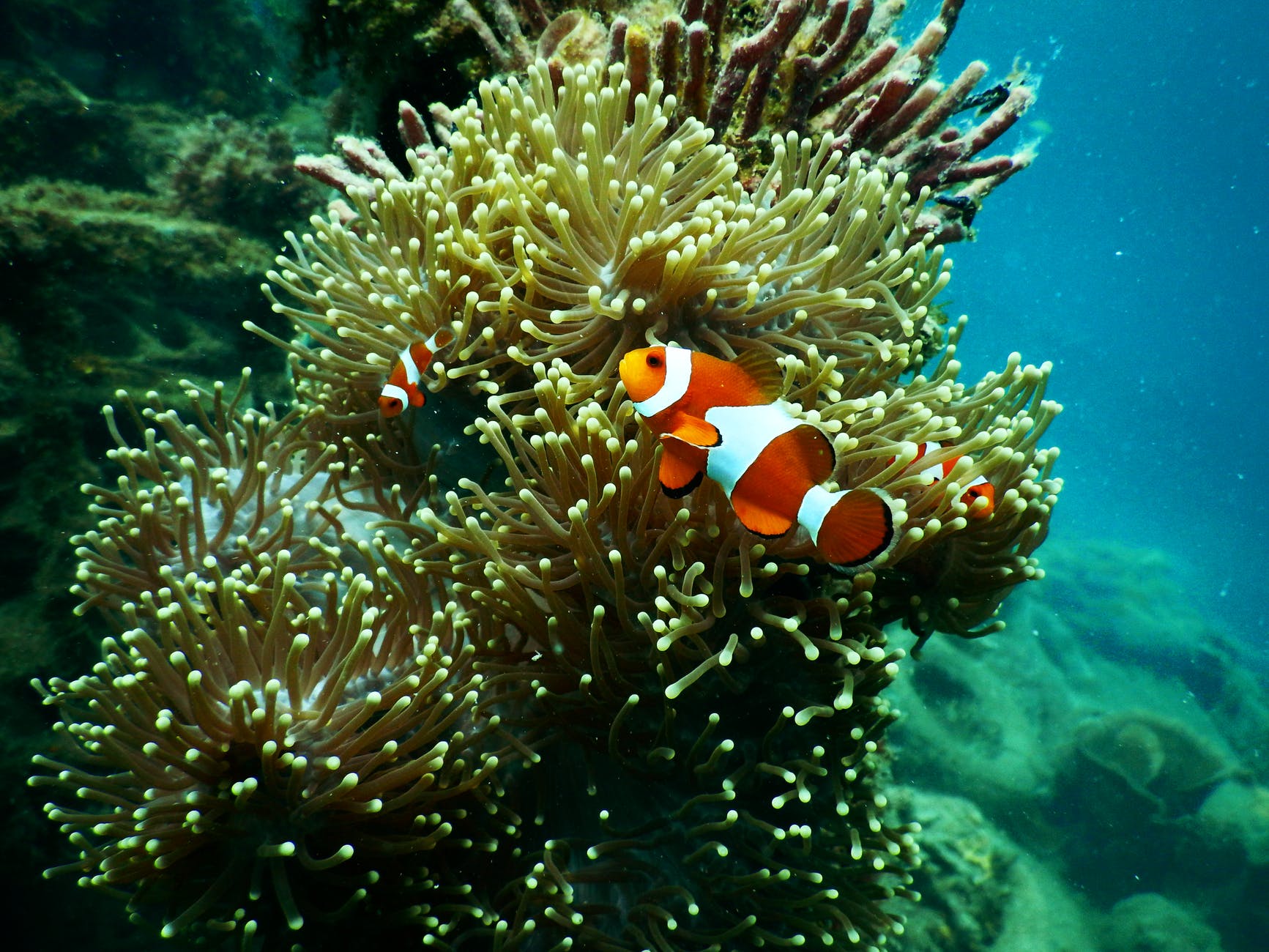 As our small group descended, we encountered many more wonderous sights. The iconic clownfish, coral in every colour of the rainbow, giant clams that closed when you waved your hand over them, and my favourite, a huge inquisitive Humphead Wrasse called Wally. (I later learned that they are all called ‘Wally,’ and all have the same friendly nature.)

As I knelt on the sandy sea floor with my dive buddies, Wally decided to take a shine to me. I held out my hand and he swam right up to it, rubbing his body against my hand, before circling back for more. Then he hovered, right in front of my face with those giant lips, as if inviting a kiss, and eyeballed me with fascination for some time. I was in absolute awe, and I knew I would never forget that moment for the rest of my life.

Wally was basically a big, scaly, blue and green puppy.

That evening, as I got ready for my shift, I felt increasingly uneasy. When I stood on the wharf, handing leaflets to people getting off the boats, I felt like a traitor to Wally. Instead of “All you can eat seafood buffet for only $20!” my inner voice was bitterly saying, “You’ve swum with the fish, now you can eat them!”

When one tourist excitedly took my leaflet, exclaiming, “Mmm! Seafood – my favourite!” I pictured Wally on a plate and felt stricken with sadness. Sadness for that beautiful peaceful life on the reef lost forever. Sadness for every fish and aquatic animal who had ever been taken from their home, to slowly suffocate on land, as we would underwater, just to become someone’s dinner. Sadness for every child who had been desensitised to the sentience of fishes from an early age. I knew at that moment that I couldn’t ignore my conscience any longer.

These days, it’s easier than ever to leave fishes off your plate. The plant-based seafood market is set to boom, just as plant-based meats have in recent years. If you haven’t tried deliciously flaky banana blossom ‘fish’ or the famous Lord of the Fries’ ‘Phish’ burger, you don’t know what you’re missing.

There has never been a better time to embrace a fish-friendly diet. Sign up for the Fish-Free Challenge today (it’s free!) and get ready to receive recipes, tips and information on tasty fish alternatives.

Wally says, ‘What are you waiting for?’