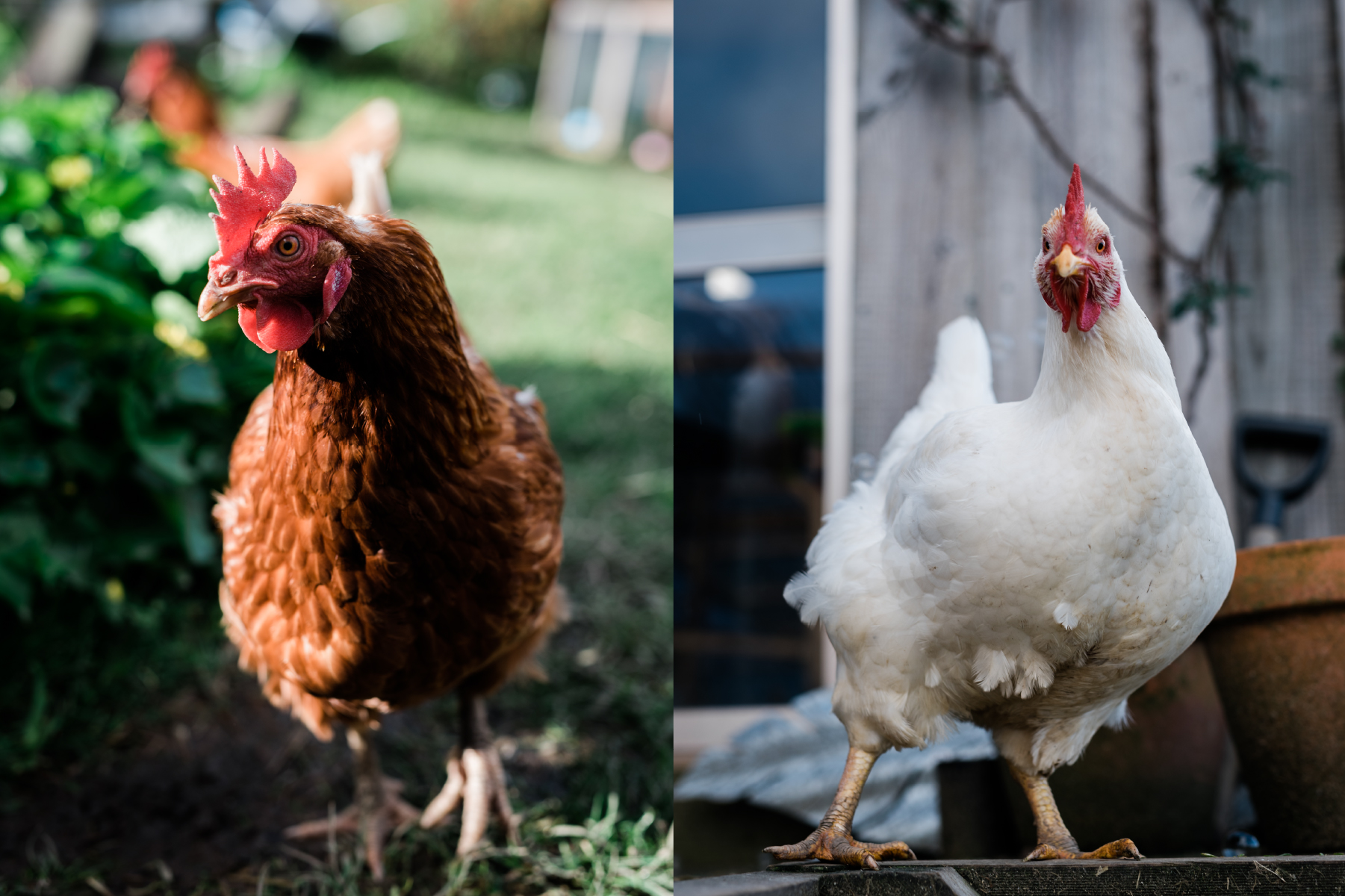 Confused about the difference between chickens and hens?

Are you confused about the different welfare issues that affect chickens bred for their meat, and hens used for egg-laying? You’re not alone! Although these birds share many characteristics and behavioural needs, selective breeding by the poultry industry has created two very different birds…

Over 120 million chickens are farmed for their meat every year in New Zealand. These birds are selectively bred to grow extremely fast, weighing as much as 2.5 kilograms by the time they are six weeks old. Both male and female birds are used for their meat but unlike (egg-laying) hens, the majority of female chickens bred for meat do not lay eggs because most are killed while they are still just babies. These birds suffer from a range of health issues, including leg problems, immobility and heart failure due to their rapid growth.

Unlike hens, you probably won’t see this kind of chicken kept as a companion. This is because chickens bred for their meat are highly susceptible to health problems and early death as a result of their unnaturally rapid growth. Some chickens, like Pounamu, are luckier than others. Pou fell (or jumped!) from a truck on its way to a slaughterhouse. She is now living her best life with a whanau (family) who loves her. 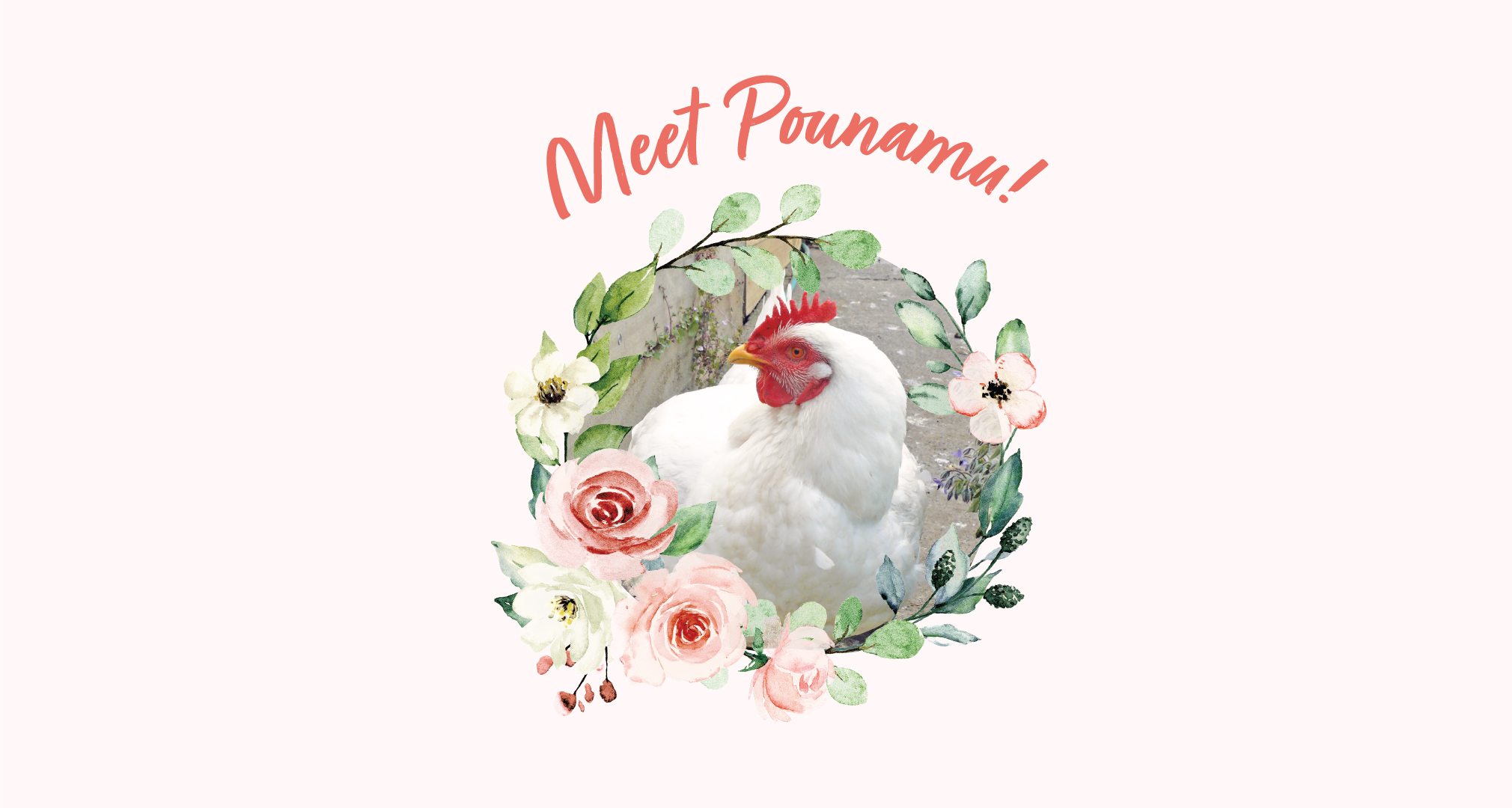 Some chicken brands have tried to mislead Kiwis into thinking their products are ‘high welfare’ by promoting them as ‘cage-free.’ The fact is chickens farmed for their meat in New Zealand are never kept in cages. The majority are kept in windowless sheds, crowded together with up to 40,000 other birds. 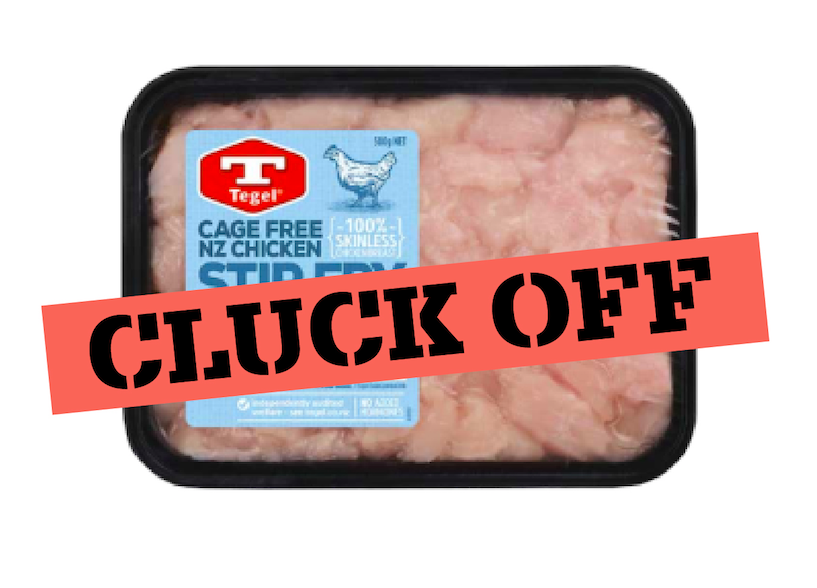 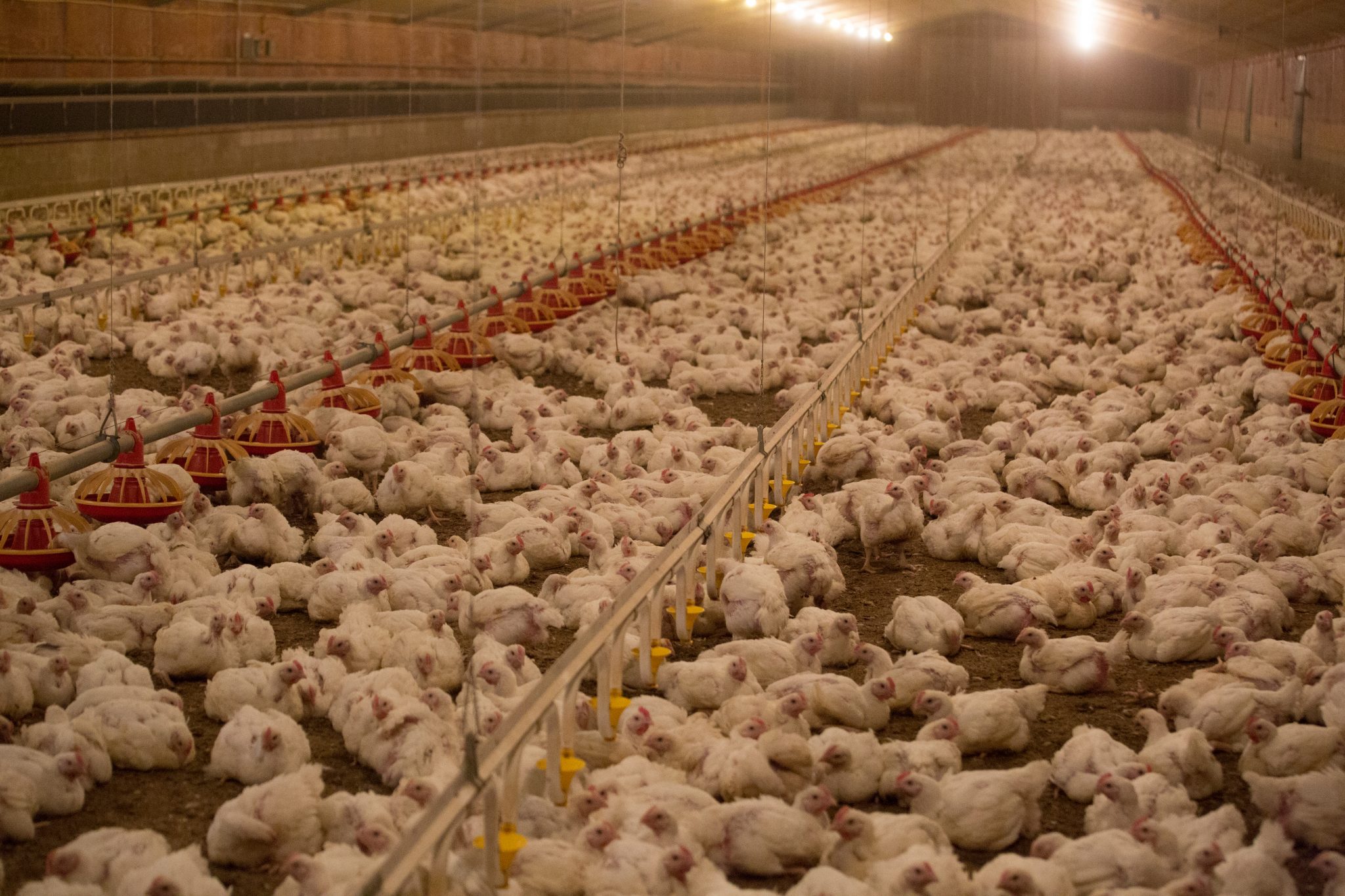 Because the sheds are not cleaned until the birds are taken away to be killed, living conditions deteriorate rapidly as the birds grow. The sheds become so filthy and overcrowded that the chickens must be routinely fed antibiotics to keep disease at bay. Birds also develop respiratory illnesses and burns on their breasts, ankles and feet due to the large volume of ammonia and their limited mobility.

Hens used for their eggs have been selectively bred to lay an average of 300 eggs per year ‒ that’s around ten times as many as their jungle fowl ancestors who would have laid a clutch of eggs (about eight) each spring. Hens have a natural lifespan of around 10 years, but hens used for egg production are killed at 18 months old when their egg production drops below a profitable level. Egg-laying hens are not suitable to be sold for their meat because they are much smaller than chickens used for their meat. 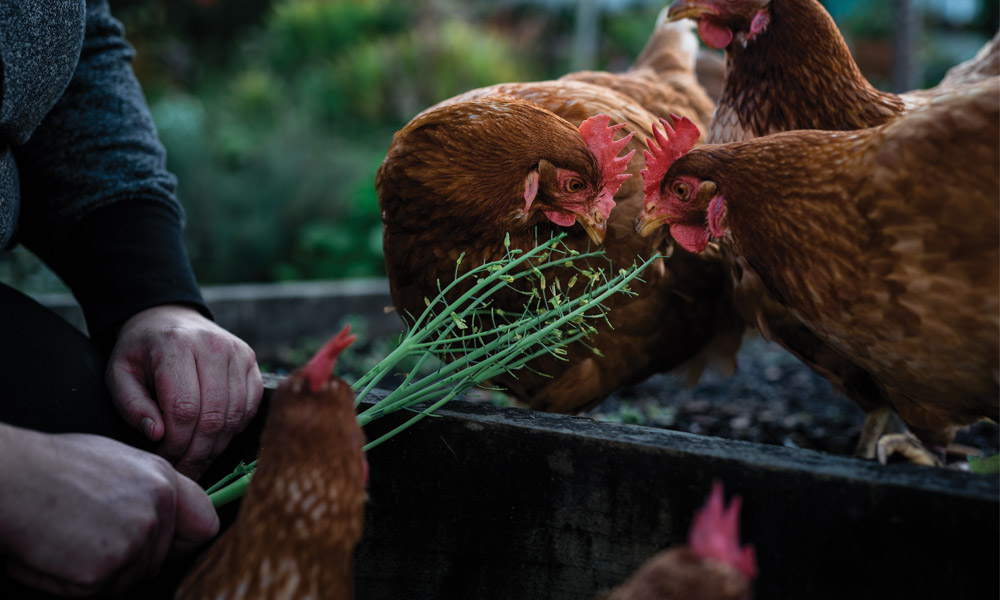 Around 4.1 million hens are farmed for their eggs in New Zealand, 3 million of whom are kept in small cages. Battery cages will be illegal by the end of 2022, but colony cages are still legal in Aotearoa. This is despite the fact that they are being banned all around the world. Over 75% of Kiwis are opposed to the use of colony cages. Up to 80 hens can be kept in one colony cage, allowing each hen space the size of just an A4 piece of paper to live out her life. 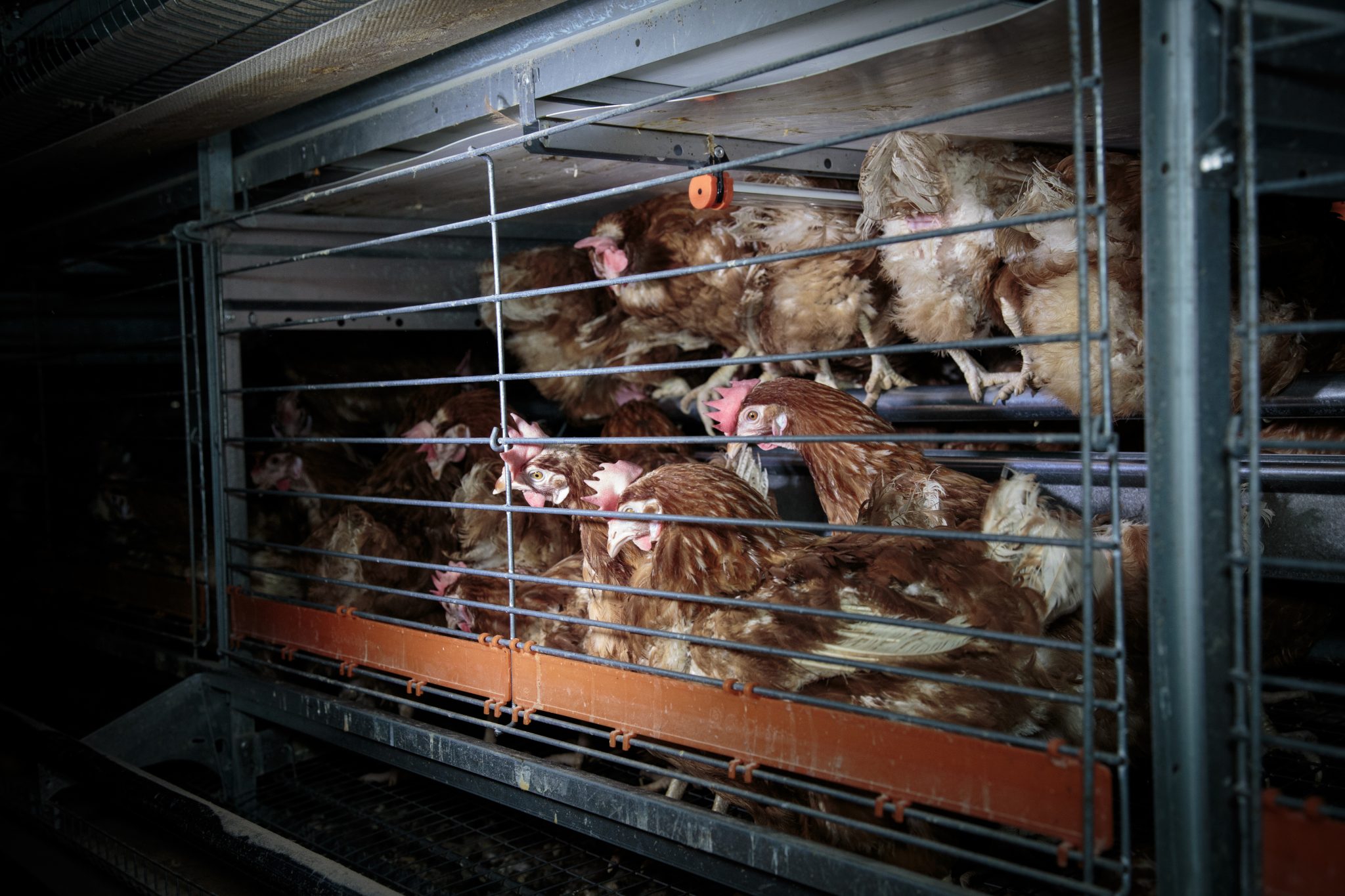 Together, we will create change for chickens in New Zealand

Thanks to the support of caring people like you, farrowing crates were declared illegal when we won our historic case in the High Court last year. This win will free thousands of mother pigs from suffering inside cages so small they can’t even turn around.

We want Kiwis to get to know chickens and hens as the intelligent and unique animals they are, so we can work together to also give these wonderful birds a chance to live a life worth living.

You can take action for both chickens and hens right now by demanding the Government phase out these cruel and outdated poultry farming practices.