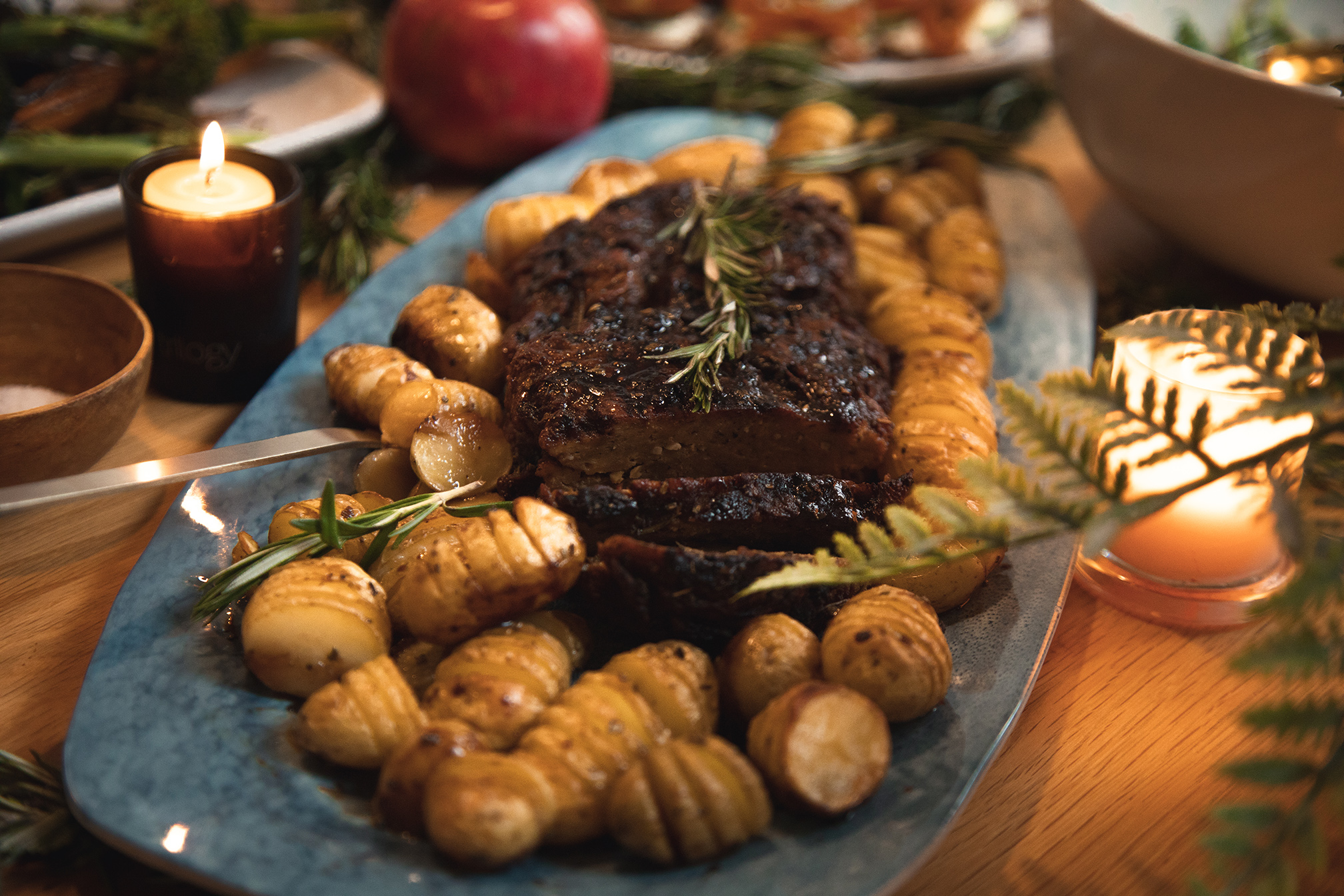 Place dried dough ingredients in a large bowl and mix.

Add the wet dough ingredients, and mix well with a wooden spoon. Begin to knead the mixture for around 5 minutes, until it forms a dough.

Place the dough on your benchtop and roll out with a rolling pin. With your hands, form the dough into a loaf-like shape.

Set the dough loaf aside to prepare the broth.

Add the broth ingredients into a large pot and bring to the boil.

Gently place the dough into the simmering broth, leaving to boil for 40 minutes.

In a mixing bowl whisk together the glaze ingredients.

When the time is up, remove the seitan from the broth. Preheat the oven to 180°C and let the seitan loaf cool on a lined oven tray for 20 minutes.

Cut thin slices width-wise into the potatoes, about ¾ of the way through.

Pour the whisked glaze over the seitan and potatoes. Place the tray into the oven to bake for about 1 hour – or until the potatoes are cooked through and the potato skins are crispy.

Remove from the oven, transferring the seitan roast and potatoes on a serving platter.

Using the glaze left on the oven tray, brush or drizzle it over the roast. Serve while it’s hot! (Though still tasty for Boxing Day sandwichs with any leftovers!)

1 cup red wine (of your choice)

a few sprigs of rosemary